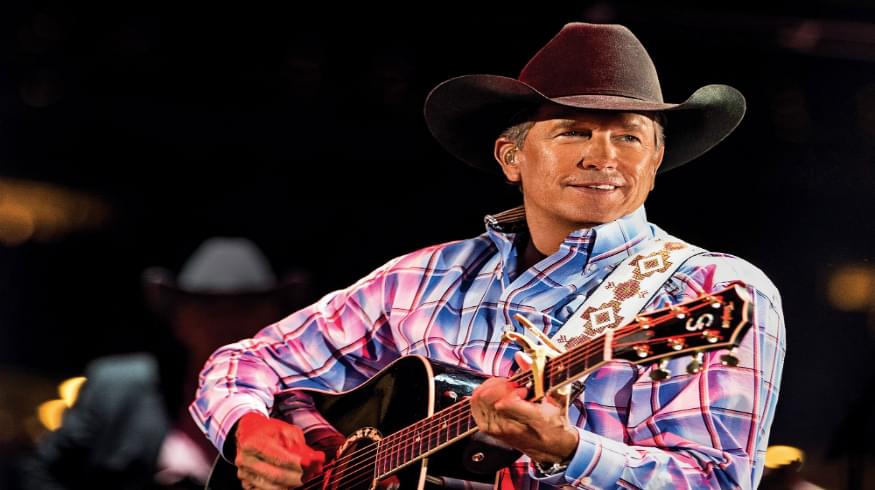 George Strait further cemented his iconic status within the history of country music today with a record-making 27th No. 1 on Billboard’s Top Country Albums Chart with his latest, Honky Tonk Time Machine. With 51,000 equivalent album units, the album also lands at No. 4 on the all-genre Billboard 200 chart and marks the largest week of 2019 for any country album.

As reported by Billboard, “George Strait extends his record for the most No. 1s in the five-decade history of Billboard’s Top Country Albums chart, as the King of Country logs his 27th leader with the chart-topping debut of Honky Tonk Time Machine.”

Strait kicked off his album launch with a sold-out show at Atlanta’s Mercedes-Benz Stadium. Performing hits from across his 30+ year career plus debuting songs from the new album, the Atlanta Journal Constitution notes, “More than 50,000 sang along heartily” with Strait, “a guy who can command a massive audience merely by tapping his right boot heel.”

This week, Strait’s loyal fans also propelled his current single “Every Little Honky Tonk Bar” to the Top 20 on the country music charts. “‘Every Little Honky Tonk Bar’ offers a variation on the title track’s good-times escapism, in this case with a vivid image of ‘the stool [that] holds the fool that pours the whiskey on his broken heart,’” notes the Los Angeles Times.