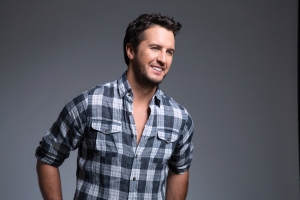 “Knockin’ Boots” was written by Hillary Lindsey, Gordie Sampson and Jon Nite and is available now. The song follows Luke’s recent 22nd career #1 single “What Makes You Country,” the fourth consecutive #1 song from his What Makes You Country album.
Dolly Parton can add a new award to her trophy case that already includes eight Grammy Awards, 10 Country Music Association Awards, five Academy of Country Music Awards, three American Music Awards, two stars on the Hollywood Walk of Fame, the BMI Icon Award, the Library of Congress Living Legend Award, the National Medal of Arts Award, induction into the Country Music Hall of Fame and more.Dolly was recently recognized by the FBI with their 2018 Director’s Community Leadership Award for her fundraising efforts following the 2016 Smoky Mountain wildfires.When wildfires devastated Sevier County in East Tennessee in November 2016, Dolly was quick to act. In an effort to raise funds for the families affected, Dolly held a telethon–Smoky Mountains Rise: A Benefit for the My People Fund–on December 13. The telethon raised millions of dollars for Dolly’s My People Fund, which began distributing checks in the amount of $1,000 each month to 884 families whose primary residences were completely destroyed due to the fires. Thanks to her fundraising efforts, Dolly was able to provide each family with an extra $5,000, which brought the total assistance to $10,000 per family.While Dolly could not accept the Director’s Community Leadership Award in person, she offered her thanks to the FBI and the other recipients of the award via a video.“Hey everybody, it’s Dolly, and I am so sorry I couldn’t be with you today to personally accept the award from Director Wray,” said Dolly. “But it is an honor for me to be recognized by the FBI, because there’s no higher calling than your mission to protect and serve us. And to my fellow recipients, thank you for all you do for our communities. Your work inspires all of us. So may y’all continue to have the faith, the strength, and the vision to make your dreams come true. So many thanks again, and remember that I will always love you! And thank you again.”
Chris Stapleton and wife Morgane welcomed their fifth child on May 12, according to a post on Morgane’s Instagram page.Morgane didn’t provide any details regarding the baby’s sex or name, but she did share a photo of the newborn’s hand intertwined with hers and the caption: “The most perfect Mother?s day…I wish all you Mama?s the happiest of days today!”Chris and Morgane welcomed twin boys in April 2018. The couple also has two additional children, a boy and a girl around ages 6 and 8.Congrats to Chris and Morgane.
Tweets by @radiolia