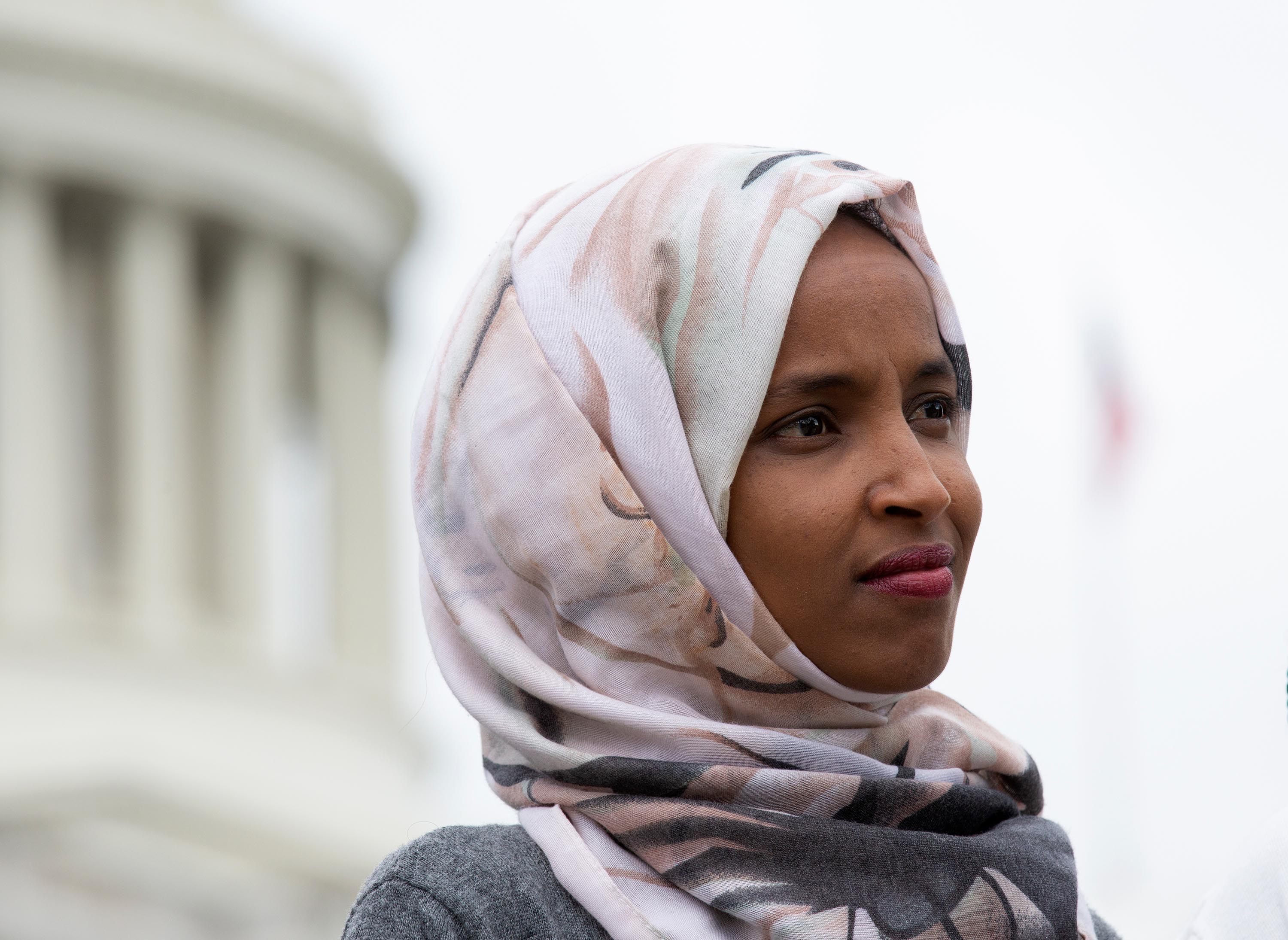 Democratic freshman Rep. Ilhan Omar, a member of the progressive Democratic “squad,” is fighting to keep her seat in a Minnesota primary election on Tuesday.

In Georgia, a GOP candidate with a track record of incendiary rhetoric and ties to the baseless QAnon conspiracy theory is in a primary runoff. If Marjorie Taylor Greene prevails in the runoff, she will be well positioned to win a congressional seat in the fall, putting national Republicans in the difficult position of how to respond.

Republican voters will also pick a candidate in a primary for a Minnesota congressional seat in a district that went for President Donald Trump in 2016 by a wide margin and is currently represented by endangered Democratic Rep. Collin Peterson.

Those are a few of the races to watch on Tuesday with contests taking place in Georgia, Connecticut, Vermont, Wisconsin and Minnesota.

Omar has faced attacks from challenger Antone Melton-Meaux that she is divisive and overly focused on building a national profile. Democratic Reps. Alexandria Ocasio-Cortez of New York and Rashida Tlaib of Michigan, also members of the “squad,” faced similar attacks in primary races of their own, but both prevailed in fending off those challenges earlier this year.

Melton-Meaux, an attorney who runs a mediation practice and a first-time candidate for elected office, does not have as much of a national profile as the challengers who ran against Ocasio-Cortez and Tlaib, but he has still raised a substantial amount of money. He had raised more than $4.1 million as of July 22, according to FEC data, while Omar had raised around $4.3 million by the same date.

Omar’s outspoken support of progressive priorities has given her a devoted following on the political left. At the same time, however, her rhetoric related to Israel has made her a target of criticism from Republicans as well as some members of her own party. House Speaker Nancy Pelosi and other members of House Democratic leadership once went so far as to publicly call on Omar to apologize for comments they said included “anti-Semitic tropes.”

That controversy may have helped propel her Democratic challenger. Of the money raised in support of Melton-Meaux’s bid, several hundred thousand dollars has been bundled by a pair of pro-Israel political action committees.

Omar apologized after her rebuke from House Democratic leaders and has sought to limit the damage and win over skeptics. Last May, she co-authored an op-ed with Illinois Rep. Jan Schakowsky, who is Jewish, urging the Muslim and Jewish communities to “come together to confront the twin evils of anti-Semitic and Islamophobic violence.”

Melton-Meaux has been cautious about broaching the issue, saying in an interview that Omar’s past comments had created “a lack of trust” in the Jewish community that she had not adequately sought to repair. But his campaign has spent more time questioning Omar’s national profile, and whether it has distracted her from the job.

Omar, who lost her father this year to Covid-19, has across-the-board support from the state’s Democratic-Farmer-Labor Party, including popular figures like her predecessor in the 5th District, Minnesota Attorney General Keith Ellison. Pelosi has also endorsed Omar in her bid for reelection. In 2018, Omar received more votes in total than any new member of Congress and outperformed 428 congressional districts out of 435, according to an analysis from the congresswoman’s campaign team.

A Republican primary runoff on Tuesday for Georgia’s 14th Congressional District has drawn national attention as a result of incendiary rhetoric from one of the candidates: Marjorie Taylor Greene.

One of the major flashpoints in the race has been the fact that Greene has promoted the wild and unsubstantiated conspiracy theory known as QAnon. Although the theory is nebulous enough to invite all kinds of interpretations from its adherents, at its core QAnon claims that Trump has been secretly fighting to bring down a cabal of Satan-worshipping pedophiles that has infiltrated all levels of the US government and other elite institutions.

Greene has been immersed in the world of QAnon conspiracy theorists, calling the mythical Q a “patriot” in a video from 2017 and saying “He is someone that very much loves his country, and he’s on the same page as us, and he is very pro-Trump.”

The GOP candidate has also faced a backlash over the emergence of some of her past comments calling black people “slaves to the Democratic party” and the progressive billionaire activist George Soros, who is Jewish, a “Nazi.” House GOP leaders responded with condemnation following a report in Politico surfacing the comments in June.

If Greene wins the primary runoff, she will be in a strong position to win the general election in the reliably Republican district.

She is facing off against GOP opponent John Cowan in the runoff. The two candidates previously competed against one another in a June primary election where Greene won roughly 40% of the vote, while Cowan received only 21%.

Who will be the GOP nominee in the Trumpiest district represented by a Democrat?

In Minnesota, Republican voters will pick a candidate in the fight for the 7th Congressional District currently represented by Democrat and House Agriculture Chairman Collin Peterson. Peterson’s district voted for President Donald Trump by a bigger margin than any other represented by a Democrat, making him among the most vulnerable Democrats in 2020.

The Republican primary on Tuesday is a five-way race, but the candidates who have attracted the most attention in the race are former Minnesota lieutenant governor Michelle Fischbach and retired Air Force major Dave Hughes.

Fischbach won the GOP endorsement for the district in May during a virtual party convention, while Hughes ran against Peterson in 2016 and 2018 where he won nearly 48% of the vote to Peterson’s 52%.