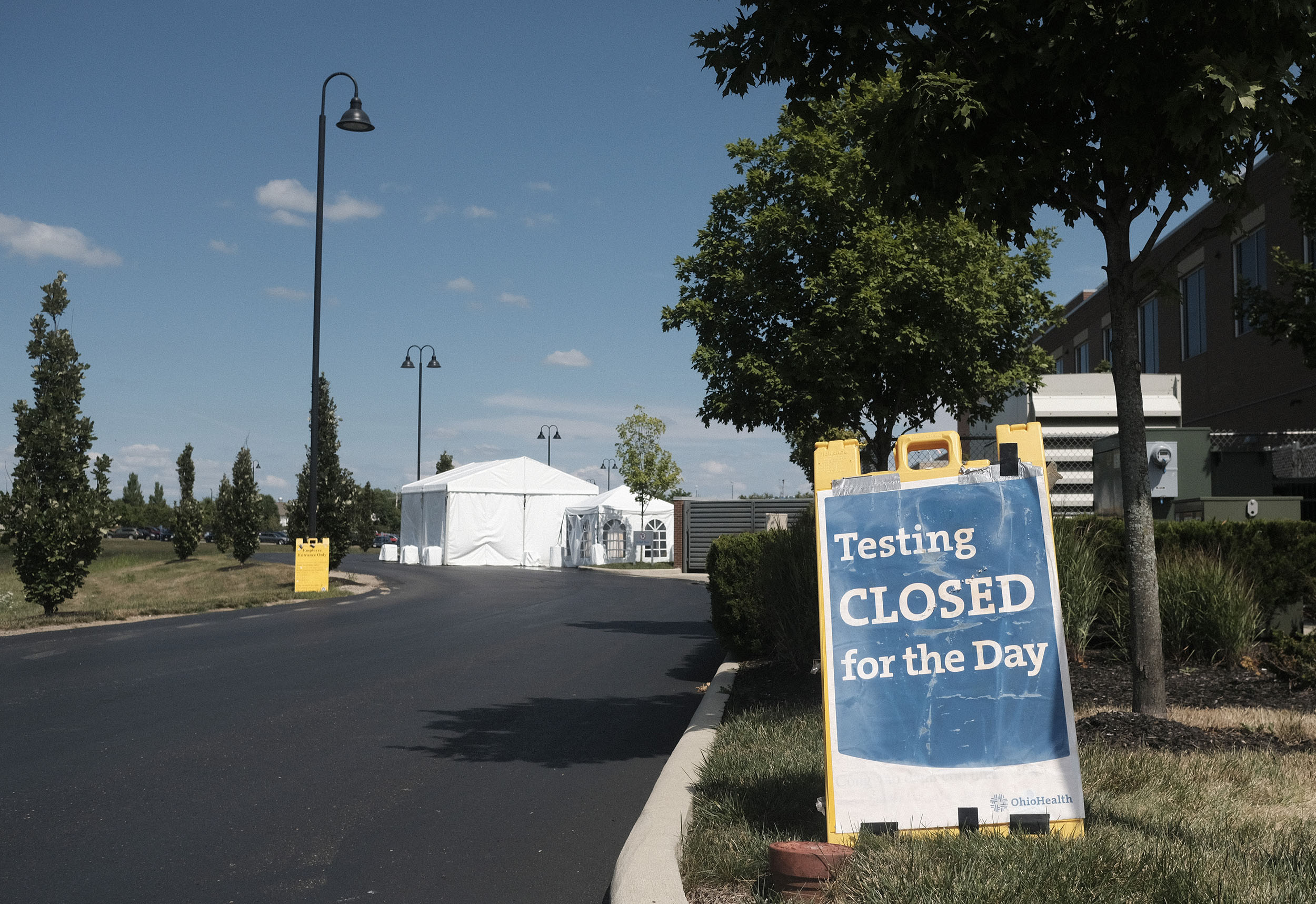 It seems that just as states start getting coronavirus cases under control in one geographic area, they start rising in another.

Sun Belt states hit hard by the coronavirus in summer — including Florida, Texas, Arizona — have finally started to see their numbers go down, only to have cases insidiously creep up across parts of the Midwest.

Experts say a patchwork of regulations at state and city levels, coupled with quarantine fatigue — and the fact that the Midwest was spared at the start of the pandemic — are all behind this alarming trend.

Adalja called it a “a hodgepodge of policies that don’t necessarily fit the task in many states” with, in the absence of a strong federal response, one state repeating the same mistakes another state made earlier.

What the numbers show

But in the Midwest, the numbers for August showed numbers headed the opposite direction. While the seven-day average of new cases per 100,000 people initially dropped from 13.00 on August 5 to 12.87 on August 12, it rose to 13.57 on August 19. And the percent change in daily new cases was down 4% the first week, remained exactly even the second week, and then went up 5% the last week.

“There’s a warning sign … Middle America right now is getting stuck,” Dr. Robert Redfield, the director of the US Centers for Disease Control and Prevention said in an interview with Journal of the American Medical Association. “We don’t need to have a third wave in the heartland.”

Warning of the coming storm

Public health officials have seen this storm coming and have been sounding a warning for almost a month.

In late July, as states including Ohio, Indiana, Kentucky and Tennessee began to see an increase in the percentage of coronavirus tests coming back positive, Dr. Anthony Fauci, the head of the National Institute of Allergy and Infectious Diseases, said in an interview on MSNBC, “What inevitably is going to happen is that the states that are not yet in trouble will likely get into trouble.”

An increase in the percentage of tests coming back positive is the first clear sign of cascade into chaos; that statistic, if left unchecked, eventually leads to more hospitalizations and ultimately more deaths several weeks down the road. It’s what happened in the South and in the West.

White House Coronavirus Task Force coordinator Dr. Deborah Birx said the test positivity rate is the statistic she watches closest is because it’s “the most sensitive indicator” of how the coronavirus situation is unfolding at any particular time and place.

“It only has to go up a tiny bit. So let’s say you had 3% test positive, and then the next week you have 3.3%. That is when to start really watching,” Birx said Fox News.

The White House Coronavirus Task Force — which sends an individualized report to each governor every Monday — warned Midwestern governors in late July that the time to get ahead of the curve is now before the numbers start to skyrocket in their states, Fauci said on MSNBC.

State and local public officials began to listen and clamp down. For example, the mayor of Kansas City, Missouri, extended the city’s coronavirus state of emergency order until January 16, 2021, requiring most people to wear face coverings in public places and limit crowds at bars to 50% capacity. The governor of Ohio announced limits on county fairs, barring grandstand events, rides and games.

‘People forgot … this is a pandemic’

But because the Midwest hadn’t suffered through the worst of the pandemic experience firsthand, like New York City and other hard-hit neighboring states, the lessons didn’t stick quite as well.

“The Midwest was relatively spared. We were prepared because what happened in New York; [it] was such a catastrophe that things got very serious out here in the Midwest — Republican and Democratic governors alike — really were very careful. And that was good, so we had really a low rate of cases,” explained Dr. Rob Murphy, a professor of infectious diseases and of biomedical engineering, and the executive director of the Institute for Global Health, at Northwestern University Feinberg School of Medicine.

“And then what happened in the Midwest … because it wasn’t that bad — it wasn’t as bad as New York, wasn’t as bad as the last Southern wave — things just kind of slowly crept out of control and it became incredibly political. And people forgot about the fact that this is a pandemic and the indisputable fact that these masks work,” he said, noting that the numbers in Illinois “have been drifting upwards for the last month.”

Murphy said that people in other states were “shocked into doing the right thing” regardless of what the politicians were saying.

‘One mishap after another’

Dr. Ashish Jha, director of the Harvard Global Institute of Health, calls the United States’ response to the virus “worst response of any major country.”

“We didn’t get here overnight. This has really been one mishap after another,” Jha said. “The single factor that really differentiates us from everybody else is denialism that has pervaded our entire approach.”

Adalja agrees. “For most of this, pandemic the federal government has basically abdicated its response — and that’s in the best case scenario; in many cases, they’ve evaded their [responsibility],” said Adalja.

He said the US Centers for Disease Control and Prevention — the federal agency that has led the country’s public health efforts during past health crises — has “basically been sidelined from the beginning.”

“The minute the CDC makes a recommendation, then you sometimes see it getting undercut by other members of the executive branch,” he said. The result is that none of the guidance is authoritative, and people get confused.

“Many governors do their own thing as best as they can and some do better than others,” said Adalja. While he said that certain states face their own unique challenges, it has been hard for governors to “right-size their response” because the situation has become so politicized that they don’t know if they’re doing too much or if they’re doing too little, and they themselves are under political pressure.

“So it’s not surprising to me that you see this kind of slipping out of control in certain places and getting back under control and, and then the same thing being repeated over and over again. It’s because it’s almost as if each state is repeating the same mistakes that the federal government made in January, February March — they’re all doing it themselves,” said Adalja.

The mistake? Not realizing this is the new normal. At least for the time being.

“You just basically are going to see these rolling hotspots, I predict, throughout the country as people have more or less controls in place because the virus has established itself in population,” says Adalja. “I think this will be the new normal.”