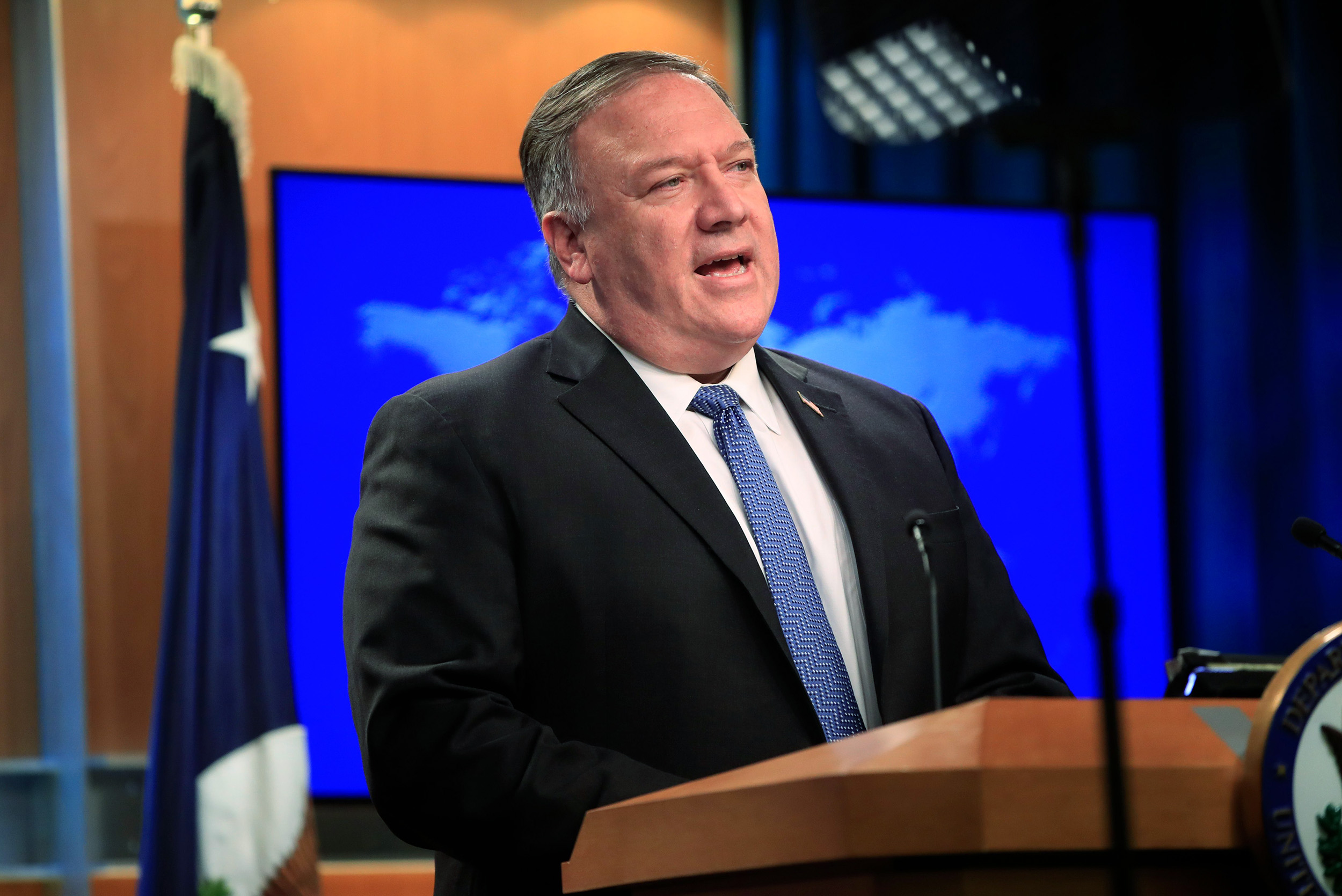 A report from the State Department’s watchdog found the agency complied with legal requirements in declaring an emergency to sell billions of dollars of arms to Gulf allies, but did not fully assess the risks to civilians associated with that sale.

The report issued Tuesday found that Secretary of State Mike Pompeo’s emergency certification for arms sales to Saudi Arabia, the United Arab Emirates, and Jordan “was executed in accordance with the requirements of the AECA (Arms Export Control Act).”

However, the watchdog also found that “the Department did not fully assess risks and implement mitigation measures to reduce civilian casualties and legal concerns associated with the transfer of (precision guided munitions) included in the May 2019 emergency certification.”

It also found that “the Department regularly approved arms transfers to Saudi Arabia and the United Arab Emirates that fell below AECA thresholds that trigger notification to Congress” — a total of “4,221 below-threshold arms transfers” involving the two nations “with an estimated total value of $11.2 billion since January 2017.”

The OIG made one recommendation to the State Department; it is classified.

In a call with reporters held Monday prior to the report’s release, a senior State Department official hailed the finding that the emergency declaration had been made lawfully.

The official said that “there’s a recommendation that State implement additional mitigation measures to reduce the risk of US origin defense articles either provided or transferred to allies and partners contributing to civilian harm, reducing the risk of civilian harm,” noting that “we agree with that, of course.”

“Our comeback was, ‘Yes, acknowledged, we were already — we were already directed via the President’s (conventional arms transfer) policy to do this anyway. Here’s what we’re doing, here’s what’s in development, and here’s what we’re providing to mitigate risk or reduce the risk of civilian harm, mitigate or reduce the risk of civilian casualty,” the official said.

Sale was authorized despite bipartisan concerns

The highly controversial May 2019 sale was made despite bipartisan concerns. Lawmakers opposed the sale due to Saudi Arabia and the UAE’s involvement in the bloody conflict in Yemen that has killed thousands of civilians, as well as the killing of journalist Jamal Khashoggi at the hands of Saudi officials. The Trump administration declared an emergency to bypass Congress and expedite the sale, citing the need to deter what it called “the malign influence” of Iran throughout the Middle East.

“These sales will support our allies, enhance Middle East stability, and help these nations to deter and defend themselves from the Islamic Republic of Iran,” Pompeo said in a statement at the time.

The existence of watchdog probe was brought to the fore after the firing of inspector general Steve Linick in mid-May at Pompeo’s recommendation. According to Tuesday’s report, the review was conducted from October 22 to December 16, 2019 but the report was not complete by the time of Linick’s ouster. Linick testified to lawmakers in June that a senior Pompeo aide tried to “bully” him to stop pursuing the probe. Linick’s temporary successor, Stephen Akard, recused himself from the report.

“Beginning in late 2019, OIG also requested to interview the Secretary of State,” the report states. “While efforts to schedule the interview continued, the Secretary instead submitted a written statement to OIG in February 2020, which cited his travel schedule as his reason for providing a written document.”

“OIG did not evaluate whether the Iranian malign threats cited in the Secretary’s May 2019 certification and associated memorandum of justification constituted an ’emergency,’ which is not defined in the AECA, nor did OIG make any assessment of the policy decisions underlying the arms transfers and the associated emergency,” the report says.

The report noted that “OIG reviewed documentation pertaining to the Secretary’s decision, which included a certification, memorandum of justification, and associated congressional notifications. OIG found that the documentation complied with the requirements outlined in the AECA.”

The OIG found that most of the arms in the emergency sale had not been delivered at the time of their review. Assistant Secretary of State for Political-Military Affairs R. Clarke Cooper said in a response dated August 5 included in the report that “that the most critical deliveries under Direct Commercial Sales cases occurred in the near immediate aftermath of the Certification of an Emergency…the Certification itself was perhaps the most major ‘deliverable.'”

Parts of the report are classified or redacted, with the State Department citing executive privilege.

The redactions include information in the discussion of the events of early April to late May 2019, including Pompeo’s instructions to department staff during that time.

Four sources told CNN in May that Pompeo pushed State Department officials to find a way to justify the emergency declaration that he had already decided to implement.

“They seemed to have a game plan and it had to be justified,” said a State Department official who told CNN they had communicated what happened to the OIG.

“The Department asserted that the redactions made to the classified annex should be withheld from Congress because the underlying information implicates ‘executive branch confidentiality interests, including executive privilege,'” she wrote. “While OIG continues to favor release to the greatest extent possible, the privilege belongs to the Department and OIG is not in a position to overrule the assertion but must instead rely on the good faith of the Department. Accordingly, OIG will make available to Congress a version of its classified annex with the Department’s redactions applied.”